Digital Transformation is the application of digital – and often disruptive – technologies in order to solve a business problem and meet the changing needs of the business. Heavily regulated business sectors and companies who engage in international operations must abide by the standards of multiple regulatory bodies. This makes the implementation of new technology especially difficult in the financial services sector and for companies like American Express. To address service issues related to cross-border (international) banking American Express implemented Ripple’s xCurrent into their blockchain based correspondent banking product FX International Payments (FXIP) in 2017. While slow moving, the digital transformation is showing to be a success with American Express continuing to add partners to their network and increase their blockchain product offerings (Wall, 2018), Ripple’s “RippleNet” doubling the number of customers from October 2017 to January 2019, and live payments up 350% in 2018 (Faden, n.d.b).

In order to move funds between financial institutions which operate in different countries, financial institutions such as American Express utilize a vast communication network of institutions named the Society for Worldwide Interbank Financial Telecommunications (SWIFT) (Faden, n.d.a). Improvements have been made to the system, such as the Global Payment Innovation (GPI), which allows for tracking funds movement though the intricate network (Faden, n.d.b). However, the system still faces a large number of issues due to institutional dependence on legacy systems and analogue practices, most notably: (a) the slow transaction process which takes days to complete (Faden, n.d.a); (b) regulations which result in high transaction costs (Deneker, et al., 2016, p. 3; Faden, n.d.a) and arbitrary fees (Faden, n.d.a); and (c) 60% of transactions require manual intervention (Denker, et al., 2016, p. 5). These limitations threatened the loss of market share resulting from correspondent banking products, viz., cross-border banking services.

New entrants into financial services attempting to provide solutions to these problems represent a material risk to existing institutions in the financial services sector. According to McKinsey (Denker, et al., 2016, p. 3) customers’ expectations have radically changed due to entrants such as PayPal (Denker, et al., 2016, p. 5), threatening to “not only to cut banks out of their correspondent banking relationships but also to loosen banks’ ties with end customers, at least where payments-related activities are concerned.” The potential loss is not insignificant; while boarder-to-boarder payments account for only 20% of total transactions they return half of total transaction revenues and the projected 70% loss of revenue from correspondent products equates to $230 billion in lost global revenue (Denker, et al., 2016, p. 3-4).

To curb the threat American Express forged a partnership with blockchain technology company Ripple, one of the early widespread blockchain platforms for the exchange of fungible tokens, or “Cryptocurrencies.” Unlike Bitcoin, the first and most widely used public distributed blockchains, the Ripple digital payment network and XRP – its respective fungible token – was established primarily for payment processing and business applications. Shared distributed ledgers on a blockchain network allow for the near instantaneous transfer of digital assets to any user connected by way of the internet, guaranteeing each participant’s ledger accurately reflects the transaction; further, ledger entries are immutable and virtually impossible to forge, creating an accurate permanent record in a trustless environment. The initial partnership with Ripple represented what Tony Saldanha would describe as the “Foundation Stage” of digital transformation (Saldanha, 2019, p. 24). American Express’s initial application of a blockchain network was for a technology solution which could decrease transaction time to seconds, provide clear status on the transportation/delivery of the funds, minimize intervention, and provide clear estimation of fees, thereby resolving the issues identified by McKinsey (Denker, et al., 2016, p. 4).

American Express also demonstrated what McKinsey (Bughin, J., et al., 2018) refers to as “de-risking” in their implementation of the FXIP network through (a) limited staged rollout with (b) sufficient capacity for testing prior to (c) controlled scaling. The US is the largest trade partner of the United Kingdom (Burton, 2017; Ripple, 2017) which made Santander UK a suitable pilot partner (Ripple, 2017). The system has been rolled out in phases, representative of Stage 2 of Saldanha’s approach (Saldanha, 2019, p. 25) where organizations are siloed and technology is still considered experimental. Implementation was restricted to select partners and limited integration; although it uses the RippleNet, Ripple’s global processing network, to update each banks ledger simultaneously, completing the settlement process in seconds (Faden, n.d.b), FXIP does not currently use XRP (Brown, 2017).

The FXIP network has continued to grow and in 2018 American Express added LianLian Group to expand their presence in the Chinese market (Wall, 2018) and increase their business base. American Express Executive Vice President of Global Corporate Payments Greg Keely claims that the project is successful: “We’ve already seen evidence that blockchain technology is playing a transformational role in the way customers are served…. Not only does this partnership with Ripple help decrease the time it takes for international transactions to be processed, it can make our transactions more effective for our customers.” (Ripple, 2017) This achievement in growth represents Stage 3 of Saldanha’s model, where the transformation is becoming more ubiquitous, however companies are not fully guarded against new entrant disruptors (Saldanha, 2019, p. 25).

American Express’ decision did more than simply resolve the problems of correspondent banking offerings; in alignment with Stage 4 and Stage 5 of Saldanha’s stages of digital transformation American Express has not only started implementing blockchain within their other products (the company has since filed a patent to create a blockchain based rewards program (U.S. Patent No. 20170300910, 2017)) but also has also filed a patent for technology which can trigger physical action upon payment:

Although it is still early to declare American Express the financial leader in Blockchain, their adoption of blockchain is a strategic decision which affects multiple product lines and services; further, rather than simply solve an existing business problem American Express’ implementation of blockchain technology is enabling the creation of new products not yet imagined, driving value through innovation, and digitally transforming the financial services sector.

Saldanha, Tony. (2019) Why digital transformations fail; the surprising disciplines of how to take off and stay ahead. Berrett-Koehler Publishers, Inc.

Wall, J. (2018, November 13). Ripple breaks into China though a joint venture between AmEx and LianLian Group. Invest in Blockchain. https://www.investinblockchain.com/ripple-breaks-into-china/ 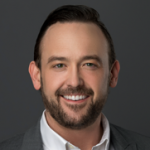 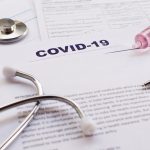